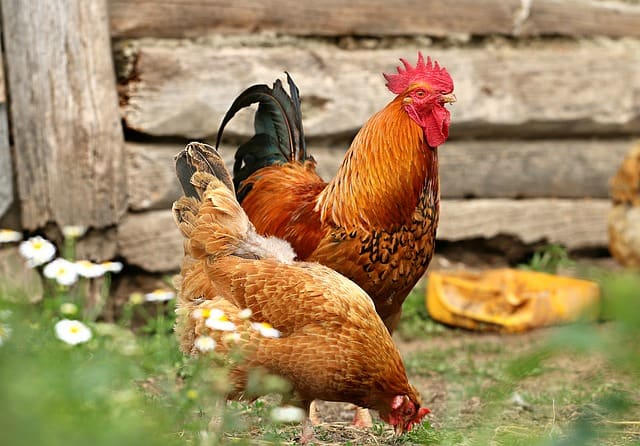 How To Start A Chicken Coop

Home » Our Blogs » Food Issues » How To Start A Chicken Coop

So during this recent crisis, I was in the supermarket and found them to be out of eggs. Really? How can you be out of eggs? It’s amazing what a crisis such as a pandemic or something else does to the panic within people. So I started to wonder: are you wondering how to start a chicken coop yet? How’s is it coming along?

Are you thinking of how to start a chicken coop yet? Well, don’t worry if not; it took me a while to build my first coop too. Take your time, and get it right. The payoff will be huge. And it’s not nearly as hard as you think or nearly as expensive. It will be fun and will give you peace of mind during any crisis that comes along.

Don’t get carried away with making it fancy. Sure, I’ve seen a few coops that looked more like dollhouses than a home for chickens. That could be fun for the kids. However, while that might look great in the backyard, it won’t get your chickens laying eggs as soon as possible. And when you have food issues, you need substantial results.

Chickens To Raise In Your Yard

So, let’s talk about chickens and their homes. That is the first question many have when wondering how to start a chicken coop at home. You can either buy full-grown chickens or baby chicks. Full-grown chickens cost considerably more, but you’ll get eggs from them right away. Chicks take about six months to grow to the point where they start producing eggs.

You can buy chicks from just about any feed store – you know, those places where farmers get stuff from. Some will have the chicks on hand, while others can get them for you from a quality source.

It’s important to buy the right breed of chicks. Some breeds of chickens are better for meat, while others are better for laying eggs. You want to make sure you buy ones that will give you good egg production, such as:

Those are all hybrids. There are also what are known as heritage breeds:

All of these chickens are known for producing a lot of eggs, which is what you want to start. With them, you can figure on getting two-thirds the number of eggs daily as compared to the number of chickens you have. In other words, nine chickens will give you an average of six eggs per day.

When you buy your chicks, it’s a good idea to buy them already vaccinated. This will cost a little bit more but is cheaper than doing it yourself or taking them to the vet.

Your chicks will immediately start exploring their new home, looking for things to eat. Let them be, as you’ve done everything you need to in order to get them started.

Baby chicks will need constant food and water. I like using automatic waterers and feeders, so that I don’t have to check on them constantly. I fill it in the morning, then don’t have to go back out until nighttime when I lock them up in their coop.

Even so, for the first few weeks, you’ll need to check on your chicks several times a day to make sure they are okay. When you check them, look at their heat lamp, food and water

Chicks will need a heat lamp in the coop to keep them warm. If you think of a brooding hen, covering her chicks with her wings, you get the idea. A brooder is a warm area, free of drafts, for the chicks to grow.

Chickens will eat just about anything. They are omnivores (like us) so they need a combination of plants and animal protein. For animal protein, just let them free range in your backyard. They are the best insect control system available.

Table scraps make excellent chicken feed. Not only that, but it’s a cheap source. You can give them any of your leftovers. Supplement that with some commercial chicken feed, and your layers will feel like they’re dining at The Ritz.

The worst part of learning how to start a chicken coop is cleaning up after them. Unfortunately, nobody has ever found a way to potty train a chicken. They just go when and where the mood hits them. That’s why I recommended putting a tray at the bottom of the coop so that it will be easier to cleanout.

The chicken’s waste is great for fertilizer. If you have a compost heap, you can put the waste in there and allow it to mix with everything else. If not, you can put it right into your garden at the end of the season, preparing the beds for the next growing season.

Chickens will lay more eggs in the spring and summer than they will in the fall and winter. To increase the number of eggs they lay year-round, put lighting in the coop. It needs to be warm light since cool light won’t encourage them to lay more eggs.

A layer will produce eggs for several years. As they get older, their production will diminish. Even so, you can count on a chicken providing your family with eggs for five to seven years. However, commercial operations usually replace their layers every year.

Once a chicken no longer produces enough eggs, it’s time for the pot. Even though it’s a layer and won’t have as much meat as a fryer, you can still get one good final meal out of it.

So, now that you have some training on how to start a chicken coop, you’re all ready to go with your chicken flock, or as one guy I know put it, your “harem of ladies in the backyard.” You’ll soon be enjoying healthier, more flavorful eggs, as well as being ready for the ultimate economic collapse or another crisis situation.

So you’re nearly prepared for any disaster that could strike your local area such as a dreaded medical pandemic or an approaching hurricane. You’re aware of the natural disasters and economic situations that are most likely to happen, and you’ve taken steps to ensure your family has enough food, water, and supplies to get through.

But what happens when those preps start to wear down in a long-term disaster?

One problem that many people run into is that they build their chicken coop and do a decent job at it, but it does not stand up over the long run.

Gaining a better understanding of the construction process and exactly what’s needed to build a coop that lasts will ensure that the money you spend is an investment that lasts you when you need it most.

Before starting to build the coop, you need to make sure the land you plan to build on is level and properly landscaped. You have two options here: landscape an area of land that you really want to build the chicken coop on, look for a piece of land that will already work well for building.

The latter option is going to be cheaper than the former, but this will come down to your personal preference and the property you have to work with.

By checking the land first, though, you’ll be able to build a chicken coop that lasts for a longer period of time since it’ll stand on a sturdy foundation.

Spend Money on the Base Structure

Next, one area that you will want to invest a little more on is the structural base. In the building plans I used (which I’ll link you to later) there are details provided about exactly what types of materials are going to be best for this, making the decision easy.

Choosing to forgo quality and instead opt for very cheap building materials coul come back to haunt you in the long run. There are still cost-effective options that you can certainly consider and that will work well, but there are limits. Knowing which materials stand the test of time will help save you money in the long-term by keeping your coop in great working order.

Make Good Use of Windows

Windows are a critical element within the chicken coop because they are going to allow for enough light so your chickens continue to lay eggs as they should. When they are not getting enough light, that’s when you’re more likely to run into problems, so making use of windows in the coop not only helps ensure the chickens stay happy over the long haul, but can also reduce your building costs if you’re using proper materials.

It’s important that you consider the structural design with the windows, though, because placing them in the wrong position on the coop could lead to less-than-sturdy walls. Again, having a proper plan to guide your construction process is critical.

Finally, you shouldn’t choose your feeder position at random. When the feeders are at an incorrect height, the chickens will either not be able to get to their food comfortably, or they may start to scatter the food all around the floor.

When that happens, they’re bound to start picking at the floor and potentially other areas of the house, which will lead to significant damage over time.

By taking the time to properly plan your chicken coop so it lasts over the years, you will prevent yourself from having to spend more money down the road by fixing up a dilapidated coop.