There are many lists around of what home repair supplies you should stockpile to be ready in case of an emergency. There’s nothing wrong with that, but the whole issue is often missed. What are you going to do when it comes to the details of home preparedness?

So what are the details of your home preparedness? Many of us focus on the food that you should have on hand, as well as some basic survival supplies. Prepping goes beyond just the food. It entails what does it take to ride out not only the storm but the aftermath as well. Many of the most likely disasters which we are preparing for are natural disasters. 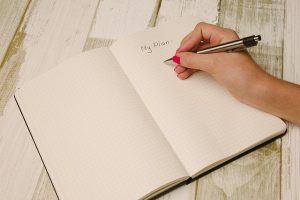 These commonly cause moderate to severe damage to people’s homes—the same homes that they have everything stockpiled in and are trying to survive in.

With damage to the home, it’s hard to use it as a survival shelter.

Moderate damage to a home, or even severe damage that is localized to the only part of a home, doesn’t necessarily make it uninhabitable. The government may decide to declare that the home is damaged beyond repair, but doesn’t mean it can’t be a shelter for survival, at least until a better option becomes available.

However, staying put may require some modest repairs, such as covering windows that were shattered and fixing a hole in the roof.

With proper home preparedness, you can do a lot of repairs to a home. The home will not be returned to like-new condition, but it can be fixed up to protect you from the elements. It does not have to be pretty, just functional.

When All Is Ready For Survival

A few simple materials can make all the difference between keeping your home usable and sleeping out under a tree. While you won’t be able to return your home to its pre-disaster condition with this shortlist of home preparedness repair supplies, you will be able to stay dry it in so that your home can protect you from the weather. Safety makes any repair worth doing.

In addition to these materials, make sure that you have the necessary tools, especially manual tools that don’t require electricity. We are so used to using electric power tools these days that many people don’t have their manual equivalents. If the power goes out, as usually happens in any disaster, power tools won’t do anyone any good, even with the materials to work with.

Always planning for emergency preparedness ahead of time will give you and your family peace of mind because you will be prepared for anything nature will throw your way!

So, how is your home preparedness? Is it ready for a catastrophe?

Whatever you do, don’t get discouraged; you really are making progress by learning what steps will help you prepare for the worst and taking action. You’re already much better off than you were a few months ago when you started. Just think of where you’ll be after a year!

You may have some setbacks along the way, but don’t let that discourage you either. Making mistakes is part of learning anything, and it’s better you do it now than in a too late scenario. Here are ten prepping mistakes I made so you don’t have to:

Talking too much about what you’re doing

The problem with letting others know what you are doing is that those same people might become your worst enemies in a crisis. If they haven’t prepared and their kids are hungry, they’ll remember that you have stockpiles aplenty and come knocking on your door.

Trust me; I’ve already seen it happen. I tried convincing my family and some close friends that they should be prepping too. Their reaction was to say, “I know whose house I’m going to when things get bad.”

I can’t stockpile enough to take care of my family and everyone else too; neither can you. So be careful who you share with. This is the beginning of good self-defense.

There’s a lot of prepping information and survival tips out there that talk about fortifying your home in the case of an attack. Unfortunately, too much of it is written using the wrong assumptions. They either expect the power to be on or expect everyone to be blind.

If you saw a house surrounded by a ten-foot-high cement wall dotted with security cameras, what would you think? There couldn’t be a more obvious sign that you are turning your home into a fortress. That must mean you have something inside that’s worth guarding.

Like talking too much, obviously fortifying your home just makes you a target.

You should fortify your home, but do it in a way that isn’t obvious. That way, you won’t be inviting an attack.

Having a conspicuous bug-out vehicle

Please do not show off! Some of the bug-out vehicles that people are coming up with are really rather funny. Oh, they’ll probably work out fine … that is, they’ll work fine until people realize what’s going on. That will invite an attack.

Take, for example, an armored car that someone made out of a Chevy Suburban. It even had a cattle catcher like the old train locomotives. That bug-out vehicle looked like it could take on anything.

Then again, that cattle catcher isn’t going to do them much good if people park a dozen vehicles in the middle of the road. They might be able to push one aside, but there’s no way they can push a dozen aside.

So keep a bug-out vehicle, preferably one that you drive every day. Just don’t make it look like a bug-out vehicle. If nobody in your city has a four-wheel-drive truck and you do, your preparedness is going to be a bit obvious.

Not having a bug-out plan

Lots of preppers are planning on staying put instead of bugging out. I agree with that. You have more resources in your home to help you survive than you would anywhere else.

Even so, you still need a bug-out plan. There may come a time when it’s impossible for you to stay at home. When that time comes, you need a plan so that you can get out, and you need a place that you can go to. Otherwise, your family may end up dead.

Buying equipment, but not learning how to use it

C’mon, now. What good does that fancy equipment do you if you never learn how to use it? I’ve seen this happen. Some preppers like to brag about their survival tools … the one’s still in the original wrapping.

If you’ve got it, then learn how to use it. I don’t just mean trying it once; I mean become truly proficient. You need to be able to use it without really thinking about it; that’s proficiency.

This may seem like a duplication of the last one, but it really isn’t. Learning how to use things is one thing; having a plan of action and practicing it is another.

Take firearms, for example. There are lots of people out there who have guns but rarely shoot. They must think that shooting is instinctive or something. When faced with an adversary, they’re not going to know what to do.

You need to learn some firearms training if you are going to take the gun route.

If you need something to survive, then you need a backup for it. The backup doesn’t need to be the same – and probably shouldn’t be. But it needs to be something that will accomplish the same goal.

Take a water crisis, for example. What are you going to do if your fancy water purification system goes down? You need something else that you can use should the worst end up happening.

Critical equipment is just that: critical! That means you absolutely have to have it. But like anything else designed and built by man, survival gear can fail. When it does, you need something else that you can count on. Otherwise, you might not make it.

Not including their family in their prepping

Prepping needs to be a family activity. When excrement hits the rotary air movement device, your whole family is going to need to work together to survive. If you’re the only one who knows how to do anything, you’re going to have a hard time.

Spread the workload around, and get everyone involved. That will also help them get through the shock that often sets in when things do go bad. Learn some self-defense methods.

Planning on going it alone

Unless your name is Rambo, you can’t make it on your own. You need to find other like-minded individuals and make plans to work together. That might mean that you abandon your home and gather together at a friend’s home in the country.

A family survival plan is an all-consuming game. There’s a lot you’ll need to do. On top of that, you’ll need to be able to defend yourself. Having others by your side will make that much easier to do.

Waiting for a “better time” to get started

Let me answer this one simply … there is no better time! The longer you wait, the worse the time so the only good option is to start now.

Some things to think about, the top ten mistakes preppers make. I hope you haven’t made any of them, and I hope this post will help keep you from making them.