Unarmed Defense When You Need It Most

There’s a crisis approaching and people are starting to panic and they want your stuff. How are you going to handle an unarmed defense to protect yourself, family, and your stuff?

How do you face an unarmed defense? The first choice when you see a fight coming should always be to getaway. However, sometimes you just don’t have a choice. Especially if you need to defend yourself from a violent attack. In a fight that lasts more than 10 seconds, there’s a 93% chance it will to the ground. At that point, do you know what to do? 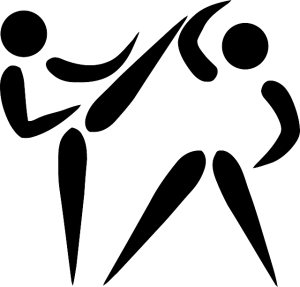 Because it’s not the same as fighting on your feet. And once it gets there, do you know what to do?

Unarmed defense refers specifically to taking action with your natural means to distract, avoid, or disable a would-be attacker from being able to hurt you and those you are trying to protect.

Self-defense is considered the right to prevent harm to your self by using an acceptable and needed level of counteracting force to protect your self.

Could you, hand on heart, say that you’ve got the skills to defend yourself in hand-to-hand combat?

Chances are you’ve put some thought into what gear and supplies you’d want on hand in the event a disaster strikes.

Whether you’re preparing for a natural disaster like a hurricane, flood, wildfires, or something involving shutdown of the power grid or a people panic attack, the urge to survive is the same.

The same for you, the same for those who have not prepared for anything at any time.

It comes down to the old adage of the ‘haves’ and the ‘have nots’. And the have nots might want your stuff. 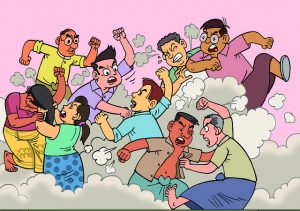 You may have everything you need to survive for a few days, and you might even have a collection of firearms to defend yourself. You certainly have an upper hand if you do.

Guns, knives and other commonly wielded weapons give you the chance to put some distance between you and your target while still yielding potentially lethal results.

But how skilled are you when it comes to unarmed combat? Have you given much thought as to what you would do if you were separated from any kind of weapon in a situation where all hell breaks loose?

The likelihood of it happening is higher than you think. You could be forced from your home before you have a chance to truly think things through. Martial law could be mandated and your weapons confiscated altogether.

If you’ve never taken a personal self-defense class, you should put some serious consideration into it. Ultimately, your survival could literally come down to your very own hands, which you may have to use against an opponent in hand-to-hand combat.

This begs the importance of equipping yourself with a few basic unarmed self-defense techniques that could be used against a potential enemy in an all hell breaks loose situation.

The first step to preparing yourself for survival self-defense is physical fitness. It seems apparent in the modern prepping community that fitness has become overlooked as people have become more reliant on various gadgetry and innovative tools to protect themselves.

Regardless, any style of unarmed self-defense is dependent on an individual’s level of fitness and physical capabilities.

Whether you go so far as to master a martial art or simply verse yourself in modern street fighting, your success depends upon the shape you’re in.

Even if you can’t devote the time and energy to sculpting your body into the likes of a professional athlete or MMA fighter, you can still do your best to stay in shape.

You probably want to keep all of your survival gear in the best condition possible to ensure its function, so why not do the same with your own muscles?

From there, an understanding of the body’s weaknesses is crucial to maximizing your success in unarmed self-defense. In the interest of being prepared for the onset and aftermath of a disaster, you need to have a few tricks up your sleeve to use in the event of an attack.

Throw technique out the window for now; you must know where to strike just as much as a how-to strike. Think about the weakest parts of the human body and what type of motion might cause harmful effects there.

The eyes are one of the most fragile parts of the face and are especially vulnerable since sight is one of the more critical senses at play during combat.

Just think how much of a pain it is when you get an eyelash or dust stuck in your eye. It brings about tears and a whole lot of frustration.

Now imagine having a finger or thumb shoved into your eye socket – sounds much worse, right?

So, whether you have a chance to throw a handful of sand into your attackers’ eyes and getaway, or are forced to pull the old Three Stooges movie to the face, the eyes are a good target.

No matter what type of attack you go with, aiming at the face will at least cause your opponent to flinch or cover his eyes, which may give you enough time to continue your attack or make a run for cover.

In most cases, if an individual can’t see, they can’t fight.

Moving down the body, another vulnerable area is the throat. It doesn’t take much to crush the trachea, which can result in death if not treated by an emergency tracheotomy. Even an 8-year-old can generate enough force to cause such damage.

Open-handed strikes and finger/bent finger strikes have a good effect against the throat. The sides of the neck are also vulnerable to forearm strikes or closed fist strikes, which could induce unconsciousness.

Continuing downward, the groin is another vital target area on the body, especially against male attackers (though females are vulnerable as well).

Men seem to be mentally equipped to protect this area at all costs (by cringing, crossing the legs, covering with hands), but a successful strike usually guarantees a takedown.

If you’ve ever kicked a soccer ball or punted a football, you already have the basics of a good groin strike. Kick hard and follow through. In the event your foot swings too far between the legs, your shinbone or kneecap will be there to hit the target.

Strikes with the hand and knee, along with grabs and twists to the groin, are also effective maneuvers against this target area.

Another area vulnerable to attack are the knees. When an opponent is standing straight and the knees are locked, they can be easily broken.

If your strike is off-target or unbalanced, you could still cause a hyperextension of the knee, which is incredibly painful and debilitating.

If your opponent cannot stand, it will be extremely difficult for him to continue in a fight with many effects. He certainly won’t be able to chase you down if you take out his knee(s) and make a retreat.

The best strikes against the knees are low, forceful kicks. Using a sidekick and striking with the outside edge, or blade, of the foot, has a solid effect against the sides of the knees, as does using the ball of the foot for an attack from the front.

A very large proportion of fights, especially unconventional ones (like those you may find yourself in after a disaster), wind up on the ground.

Learning how to effectively grapple and fight on the ground is a topic and separate skill in its own right, but you can always think back to what we’ve established in terms of attacking a standing opponent.

What Does It Mean To Fight Dirty?

Take the first and best cheap shots, usually in the groin; pull hair, bite, scratch is the best definition of a dirty fighter. Who cares!  This is an unarmed defense after all. Your in this to protect yourself, your family, and your stuff.

You did not ask for this confrontation.

So the eyes, throat, and groin will still be your best target areas to achieve quick and pain-inducing results.

Don’t be afraid to resort to scratching, gauging, twisting, biting and kicking to attain some kind of effect on your target. Again, your survival is in your own hands, and you must do whatever it takes to be the one who comes out on top.

Whether fighting from a standing posture or on the ground, your ultimate goal is to inflict as much damage on your opponent as possible as quickly as possible. Recognizing and targeting certain weak spots on your attacker will give you the confidence to do so quickly.

Remember, nothing is off-limits in a survival situation. More often than not, fighting to stay alive equates with fighting dirty. Don’t worry about flair or what’s fair; do whatever you must to come out the other side.

Could you, hand on heart, say that you’ve got the skills to defend yourself in a street fight type hand-to-hand combat?