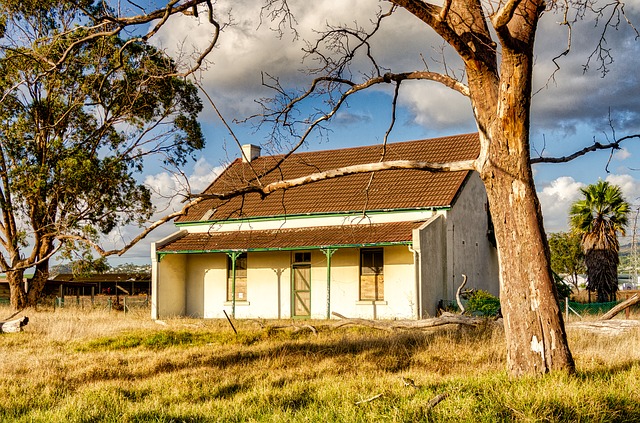 What Is Homesteading In Modern Times

Home » Our Blogs » Usefull Information » What Is Homesteading In Modern Times

A crisis brought on by Mother Nature such as hurricanes, fires, and floods, add a pandemic crisis from who knows where, and so on. You may just want to getaway. And you are asking: What Is Homesteading and will it help?

Homesteading is a way to simplify your life. You will learn to plan ahead. Maybe take up sewing, become a gardener, preserve and possibly sell or share what you grow. You could raise some chickens and make new homesteading friends in an area where homesteading is still possible.

Lately, homesteading has been undergoing a bit of a Renaissance. However, it has changed radically from what it originally was.

Modern homesteading is quite different from the traditional form which was all about getting free land from the government. Today’s homesteading laws have changed considerably, and people are now into homesteading for a variety of reasons.

All of this can be confusing, which is understandable. So before we go any further, let’s define exactly what homesteading is.

Nowadays, there are several varied definitions of what is homesteading, and the term has been bent to reflect what people want it to mean. But the simplest way to define it is that homesteading is a lifestyle characterized by a strong commitment to self-sufficiency, and home preparedness, which involves a lot more than just growing your own food.

What you need to keep in mind is that homesteading is just as practical an idea today as it was a century ago, and it can be done right in your own backyard. You can attain financial freedom and the goal of living a simpler, more stress-free life.

The Homesteading Act of 1862, afforded public grants of land of 160 acres to any adult citizen who could pay a small fee for registration and promised to stay on the land for 5 years, following which time they would be given a deed to the land.

The program was officially terminated in 1976 under the Federal Land Policy and Management Act. But it’s the actual end really came in 1935 when President Franklin Roosevelt withdrew all public domain lands in favor of instituting a nationwide land conservation program. While the Homestead Act was in operation, 783,00 men and women did what was referred to as ‘proved up’ their claim and were given title to their land.

The Back To The Land Movement

It was in the 1970s that the term homesteading changed to mean a lifestyle as many thousands of young adults and other likeminded people tossed aside the restrictions of urban and suburban lifestyles and went back to the rural roots of their ancestors.

Thus it is that over the following 50 decades, the meaning of homesteading has progressed to where it includes self-sufficient living which can be conducted in suburban and urban areas as well as on rural land.

Today, it is still very much possible to do small scale homesteading and yes, you can earn your land free from the government. The thing is that you have to keep in mind the words “small scale.” Nobody is going to hand over 30-40-50 acre lots.

Rather, you will need to be okay with living in areas such as New Richland, Minnesota, or Osborne, Kansas, or Nebraska.

Yes, you read that right. There are still several small towns — mostly found in the rural Midwest — that are seeking residents and willing to hand you a free parcel of land if you agree to move there.

The main difference between what is homesteading of old and the homesteading we are referring to today is that you won’t be living on acres and acres of land. Instead, you will be residing in a small town. The available free lots are generally part of a subdivision that’s being erected in a certain community.

Now, if you’re happy where you’re at, but still interested in the idea of homesteading and think it might be for you, then read on and we’ll explain to you how to get started and exactly what’s involved.

Homesteading Where to Start

Now when you get started with the understanding of what is homesteading, things can seem a little intimidating at first. You need to remember that it doesn’t have to be this way.

There are no strict rules for you to follow. Do what feels right to you.

Stay focused on the fact that homesteading is a way of life. And you can essentially start homesteading anywhere. It doesn’t require acres of land and wide open spaces, nor do you have to move to Kansas or some other remote section of the country to be successful at it. You can begin homesteading right now, regardless of where you live.

Homesteaders seem drawn to self-sufficiency because they wish to live more holistically within the world. If you’re having a first-hand experience with food sources—be that through your own organic garden, or backyard chicken coop—you would be revisiting the home industry of your own ancestors.

Many of you might spin your own yarn, sew your own clothes, and make cheese from the milk given by a few goats or sheep that they keep on a small plot of land. You can save seeds, sew quilts from old clothes, and spend weekends canning and preserving food so you have a bounty to draw from over the winter months.

In other words, you will be living an almost ‘off-the-grid‘ life style.

All you need to do is to either grow a garden in your backyard or if you are a city dweller, on your balcony.

Keep chickens if you have a backyard, and give some thought to the idea of keeping bees as well. I’m referring to honeybees here, and the fact that they are literally dying in massive quantities, and they need your help to preserve their existence. Do your part to help by keeping a hive in your backyard.

Here are some recommendations to help you along.

Learning To Cook For Yourself

One of the quickest ways to save money while also improving the quality of your health is by cooking your own food. This means starting from scratch.

It’s also important that when you are cooking dinner you make enough to ensure you will have leftovers for lunch the following day. This prevents you from giving in to the urge to fulfill that immediate hunger craving and rushing out for a hamburger.

The first thing you need to do when beginning homesteading is to buy chickens. Why chickens? Because they are easy to raise and profitable too. Once you start, you will find that chickens quickly turn into more chickens, etc.

That means eggs and a full chicken coop which can also lead to chickens for dinner if you have the stomach for that. But don’t get carried away. Start with a small flock and later you can increase the numbers. And just stick with chickens for now.

The idea is that every animal that you keep on your farm serves a purpose.

Plus, you will find that raising chickens is one of the simplest things you will do when it comes to homesteading, and it will put you on the road to being self-sufficient. Most people don’t know this, but if you keep hens in a healthy and happy environment, they will give you fresh eggs daily for as long as 9 or 10 months yearly.

Keep Bees For You And The Environment

Due to colony collapse disorder, bees are swiftly becoming less and less common.

They require our assistance to ensure that they don’t just up and disappear altogether. By raising bees, you will not only be doing your part towards helping the species survive, but you can have your own raw honey in the bargain. Not a bad deal!

Planning a Garden For The Yard

Now it’s time to plant your garden. The first thing to remember when starting your garden is that successful gardening doesn’t come overnight. Gardening is a skill and like any other skill, it takes time and practice to produce healthy, strong crops. Also, don’t become discouraged. Remember that even gardeners who have been doing this for many years occasionally have poor crops.

Moreover, you shouldn’t just plant your garden in the spring, but also plant a fall garden, and keep plugging away until your crops improve.

Once you have achieved the goal of growing food, you will have the problem of what to do with all the vegetables. Well, since you can’t consume them all at once, nor give all of them away, the answer is to dehydrate your vegetables and then store them. Using this method you will have the security of knowing that you always have food on hand in case of an emergency, and you will be able to radically cut your grocery bill, plus have the satisfaction of knowing you are eating healthy, wholesome food.

Not only will your new understanding of what is homesteading all about, eating wholesome foods that you grow yourself make you much healthier, but you can learn how to heal naturally without the need for drugs that can have harmful side effects.

Now nobody is saying that you should never see a doctor. Of course, if you are seriously ill you should see a doctor immediately. All we’re saying here is that holistic medicines such as essential oils, vitamin therapy, homeopathy, and herbs work in tune with your body and can help you with some anti-aging solutions to become healthier and stronger.

Fresh vegetable juice and fruit juice that comes from organic vegetables and fruits will give your body the vitamins it requires and make you healthier and stronger. This, in turn, will give you more energy to do all the new chores that you will be doing with your homesteading routine.

A juicer is a worthwhile investment, and drinking fresh juice daily will boost your energy and healthy in ways you can’t even imagine. You will be able to better ward off illnesses, have less cravings, and you will even notice that you will begin to lose weight.

With all the shelter in place solutions that are part off the ‘new normal’, homeschooling has become one of the answers to what is homesteading.

Getting away from it all will also involve the children if you have them and the homesteading environment will lend itself quite efficient in the homeschooling arena.

Now all of the above are just some suggestions to help you get started in the homesteading way of life. It is important to remember that it is a big lifestyle change and requires self-discipline and determination too. While it’s not for everyone, this can be an enjoyable and healthy way to live, and comes highly recommended. Give it a fair trial and you won’t be disappointed. In fact, you’ll probably end up wondering why you didn’t do this sooner.

Before I end this post lets take a look at taxes. Many states such as Florida offer what is called a Homestead Exemption which can save you some serious money.

Homestead tax exemptions will exempt a certain dollar amount or percentage of home value from property taxes. They’re called ‘homestead’ exemptions because they apply to primary residences, and will not include rental or investment properties. You must live in the home to qualify for the tax break.

So it is important to check with your state homestead exemption guidelines.

How To Fight Inflation With Money Saving Tips